Following on from the launch of the new Mr Kipling's new message 'Life is Better with Cake', Michelle has created the world’s first poster made entirely out of cake.

Measuring 6m by 3m this giant edible billboard was on display outside Westfield Shopping Centre in London on the 4th September 2014. This giant edible billboard is created entirely out of 13,360 Mr Kipling cakes, 2000 glace cherries. It took Michelle and her team working 7 hours overnight to assemble individual cake ready to be distributed to the public in the next morning.

Back read the blog 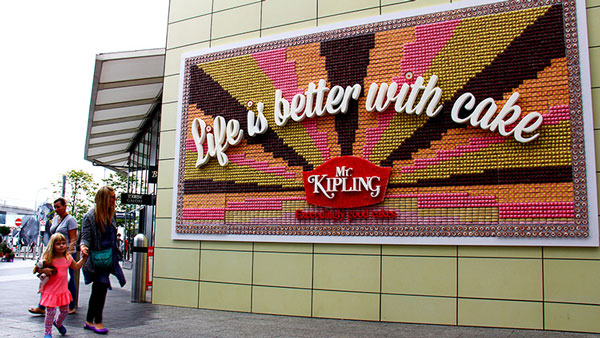